Digital Preservation and the Future of Identity 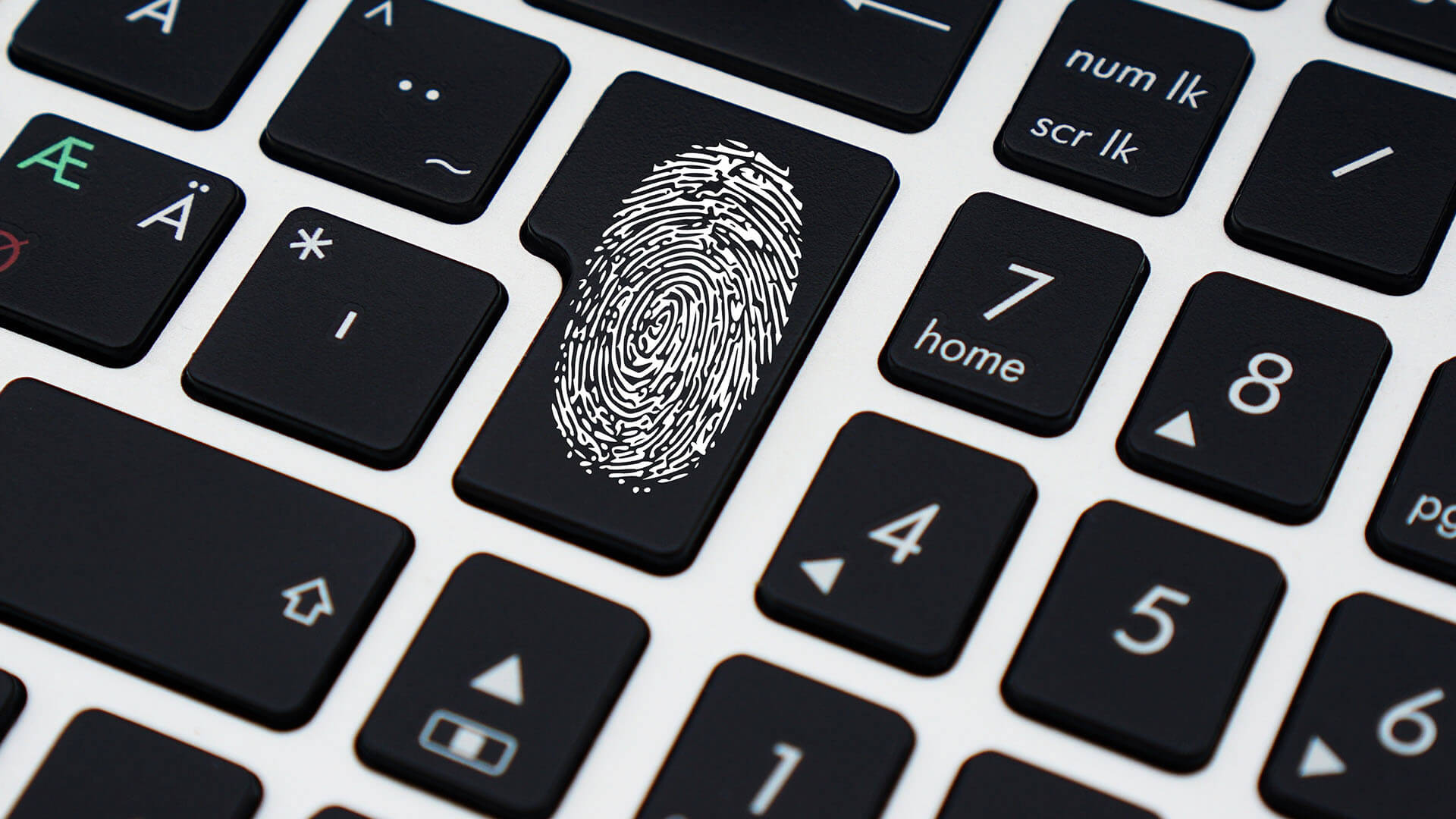 This is a guest post by David Emelianov, a software developer and product manager based in Seattle. He is currently working as a front-end web developer at Microsoft and has previously worked at Intel Corporation, Cognoa and Streamable. In his spare time, David works on various side projects as a product manager and Android or web developer. His latest project is OffTop, which is a mobile recording studio and beat marketplace for hip-hop artists.

This summer I journeyed to DWeb Camp, hosted by the Internet Archive, to help the Permanent Legacy Foundation think about how they might preserve identity in a decentralized web.

There was a lot to soak in – the seaside mushroom farm where the camp was held, the attendees who believed so passionately in a radical shift in how we view the web and our role within it, the colorful new jargon (“Scuttlebutt”, “Solid”, “IPFS”).

The goal of DWeb Camp was to bring together a diverse set of people to explore the current state of the decentralized web, and to examine the future of decentralization through the lens of not only technology, but ethics, government, history, and society as a whole.

After a weekend of intense learning and discussion, here are a few thoughts on how it all relates to the preservation of identity:

1. Preservation vs. the Right To Be Forgotten

One of the most interesting discussions from the weekend was about “Immutable Data and the Right To Be Forgotten”. The concept of immutable data is popular with proponents of decentralization, because data that cannot be changed or removed is harder to be controlled by a centralized source.

However, since immutable data cannot be erased, immutably preserving an individual’s identity is seemingly at odds with Right To Be Forgotten, which is the idea that an individual should be free from stigmatization due to documentation about their past on the Internet. The Right To Be Forgotten is a popular idea in the decentralized web community, which makes its seeming incompatibility with immutable data an interesting topic of debate.

For digital preservationists such as Permanent, the decision of how to store their data must be a deliberate one. On one hand, representing an individual’s identity in an immutable data record ensures that it is not tampered with or compromised. Since preservationists are maintaining this data for the long term, even after the death of the individual, the idea of immutable storage preserving its integrity can be very appealing to the person defining their own identity.

On the other hand, if anyone has an obligation to deeply consider the arguments offered by the Right To Be Forgotten camp, it’s digital preservationists of user data. An archive of someone’s personal data that will be preserved for eternity is perhaps more relevant to the Right To Be Forgotten than anything else on the Internet. The issue is further complicated by the idea that someone’s identity is a product of their community, rather than an objective property determined by the individual alone.

It is one thing to have the right to ask the world to forget about you, but what if someone else wants pieces of me to be forgotten? Certain actions that an individual takes have profound implications on the lives and identities of others (especially actions that are traumatic in nature). As such, in some cases should others also have the right to mutate the data that represents my identity online?

This is a difficult question, and one that doesn’t appear to have a clear solution. But it’s definitely something that digital preservationists will have to consider. Permanent’s particular approach is to empower an individual to define their own legacy.

One of the first trending concepts I heard at DWeb camp was InterPlanetary File System (IPFS), which is an Internet protocol intended to create a fragmented file system through a peer-to-peer network of storing and sharing content.

To me, it sounded an awful lot a lot like Pied Piper, the fake company in HBO’s Siicon Valley, which created a fragmented photo storage network using mobile phones. But unlike Pied Piper, IPFS is real and a fundamental part of what believers in a decentralized web think the future of the Internet will be like.

I’m not sure how the preservation of digital identity through personal photos and documents would work within a fragmented, decentralized, storage system. A peer-to-peer network storage system is great if you want to share your information and make it available to the vast peer-to-peer network (especially those that might not have access to a steady internet connection), but if one primary objective of digital preservation is to keep data stored under private control, then the two seemingly competing concepts may not sit well with actual users.

On the other hand, a decentralized storage system could be cheaper and more durable than a typical centralized solution. At this point, as fragmented decentralized storage becomes less of a theory and more of a reality, its supporters are beginning to grapple with more concrete implementation details. As technology progresses, it will be interesting to see how digital identity preservation is affected.

Given Permanent’s multi-cloud approach and private first, public second model, there may be a blended storage model that uses centralized and decentralized storage depending on privacy controls on a file by file, or archive by archive basis.

Another trending concept at DWeb camp was Solid, which is a project that Sir Tim Berners-Lee (credited as the inventor of the World Wide Web) has been working on for over a decade.

Solid is a new ecosystem for data storage on the internet, which is decentralized but not fragmented in the way that a peer-to-peer network is. While IPFS stores pieces of a file on many different machines and then shares the information between them, the Solid ecosystem stores all of a user’s data on a single unit called a POD. The POD will then share that data with various applications that the user has chosen to use. These Solid PODs can be self-hosted out of your own home, or by a third-party online provider.

The key difference in the Solid ecosystem is that instead of having central applications like Facebook or Amazon store your data for you and allow you or other sometimes obscure 3rd parties access to it, you are now fully in control. If you choose to move your data or stop a given application from accessing it, you can simply do so from your POD.

Not only does this provide security and flexibility for individuals who are concerned about the use of their personal data, but it also provides immense benefits to developers as well. A developer building a new application no longer needs to worry about harvesting massive amounts of data before competing with a giant like Facebook; if they can acquire new users that are willing to log in with their POD, then they are free to leverage whatever data is already there.

In a world where everyone uses Solid to store their data and interact with other applications on the Internet, preserving the digital identity of an individual might simply mean preserving their POD. Digital preservationists like Permanent could offer services to take over POD hosting..

Solid is a fantastic idea, but in practical terms it is far from becoming a reality. Large tech companies have no motivation to give up their control over your hard-won data, and users have little incentive to learn about and spin up their own PODs. Hopefully the idea is able to grow further into mainstream discussions, because at first glance Solid and digital identity preservation are incredibly congruent ideas.

Identity is an inherently decentralized concept that is negotiated between a person, their community, and society as a whole. In a digital ecosystem that is increasingly becoming managed and controlled by a handful of tech giants and government entities worldwide, our agency over our identity is increasingly at risk. A decentralized web can empower people to regain control of their identity and digital preservationists need to consider both individually and socially constructed notions of identity.

That’s it for now! Thanks again to my friends at the Permanent Legacy Foundation for giving me this opportunity to learn, share and represent their work in this exciting community. Thank you to the Internet Archive for hosting such an inspiring event. I can’t wait to see what the future of identity preservation and web decentralization holds.

Next PostEveryone’s an Archivist: Creating Coherent Collections
Previous PostThree Ways to Control Access to Your Archive
There are currently no comments. Why don't you kick things off?
Subscribe
Login
0 Comments
Inline Feedbacks
View all comments
Recent Posts

Capture and Preserve Traditions with Your Loved Ones

This website uses cookies to improve your experience while you navigate through the website. Out of these, the cookies that are categorized as necessary are stored on your browser as they are essential for the working of basic functionalities of the website. We also use third-party cookies that help us analyze and understand how you use this website. These cookies will be stored in your browser only with your consent. You also have the option to opt-out of these cookies. But opting out of some of these cookies may affect your browsing experience.
Necessary Always Enabled
Necessary cookies are absolutely essential for the website to function properly. These cookies ensure basic functionalities and security features of the website, anonymously.
Functional
Functional cookies help to perform certain functionalities like sharing the content of the website on social media platforms, collect feedbacks, and other third-party features.
Performance
Performance cookies are used to understand and analyze the key performance indexes of the website which helps in delivering a better user experience for the visitors.
Analytics
Analytical cookies are used to understand how visitors interact with the website. These cookies help provide information on metrics the number of visitors, bounce rate, traffic source, etc.
Advertisement
Advertisement cookies are used to provide visitors with relevant ads and marketing campaigns. These cookies track visitors across websites and collect information to provide customized ads.
Others
Other uncategorized cookies are those that are being analyzed and have not been classified into a category as yet.
SAVE & ACCEPT
wpDiscuz